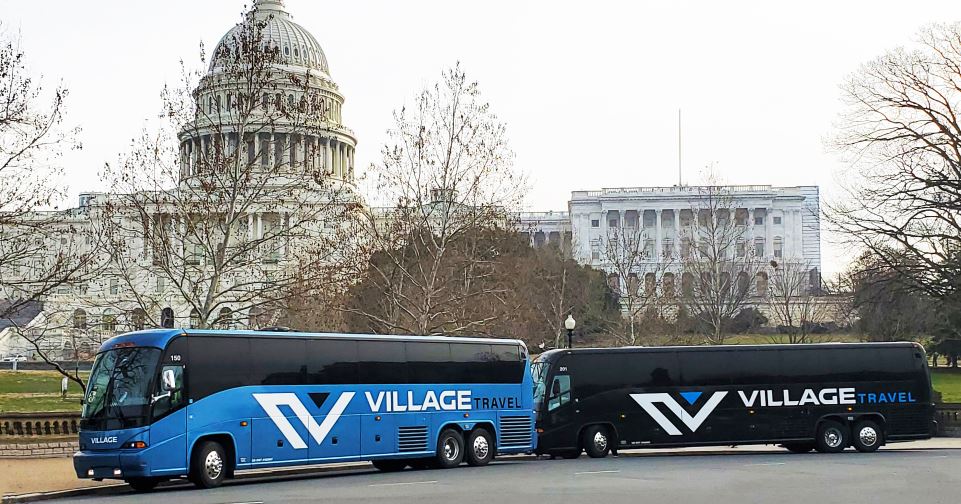 The charter bus industry has slowed to a complete stop during the coronavirus pandemic, and they need major help to restart and recover.

A local company told KOCO 5 about its Rolling Awareness initiative that has charter buses heading to Washington, D.C.

“The goal of that is to raise awareness of the critical and vital role that the charter bus industry plays in the transportation industry of this country,” said Rusty Handy, general manager of Village Travel in Oklahoma City.

The industry brings in $237 billion every year. But right now, you wouldn’t know it as Village Travel’s trips are taking a back seat to the coronavirus.

“It’s literally decimated our industry,” Handy said. “The cancellations started coming in around the last week of February.”

Now, no one is using Village Travel’s services. According to Handy, church groups, military members and entertainers are normally on the go.

“March is one of the busiest months,” Handy said. “If you are in the charter bus industry, March is your busiest month because it’s spring break.”

A typical cross country trip on a charter bus can hold 56 people, taking them to popular places such as Branson, Missouri, and the Grand Canyon.

“As of right now, we have nothing on the books for the next three months,” Handy said.

So, buses with Village Travel are rolling on to Washington, D.C., as a last resort, hoping for help from the government.

“What the industry is asking for, right now, is a $10 billion bailout to be divided around the industry as a whole,” Handy said.

According to Handy, they don’t have any meetings scheduled with any government officials as of now, but they want to explain that their industry employs hundreds of thousands of people while impacting millions.

The full article and accompanying video can be found on KOCO News Channel 5 ABC.